NDA IInd Cut off Marks:- The Union Public Service Commission (UPSC) is going to conduct the NDA/NA 2nd Exam on 5th Sept 2021. The UPSC NDA 2 Result 2021 will be released online Soon. It is expected that the UPSC NDA/NA IInd Exam Cut Off Marks 2021 will available in the coming days. 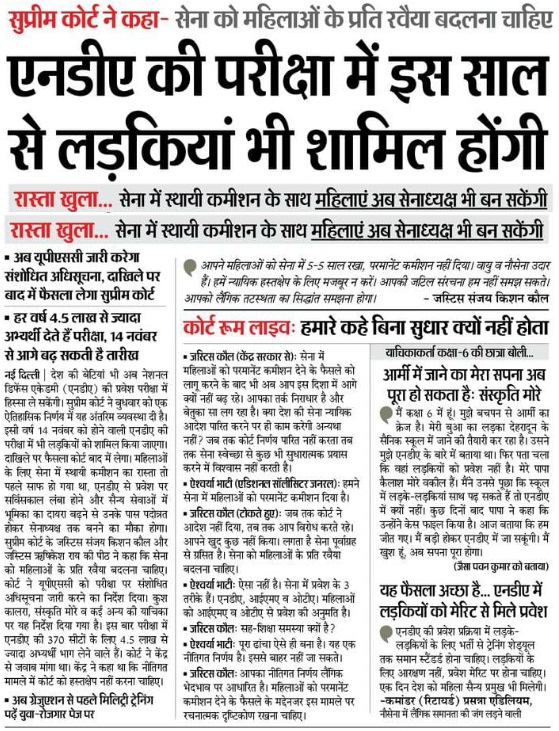 The Department has released UPSC NDA 1 Result 2021 at upsc.gov.in. The exam result of NDA and NA uploaded one by one for written exam, final result after the exam. UPSC NDA I Result 2021 announced after exam for admission to Army, Navy and Air Force wings of National Defence Academy. Selected candidates participate before SSB and Final Result of NDA and NA 2 for such candidates. Contenders can check complete information of UPSC NDA IInd Cut off Marks 2021 from our portal. The department announce its highly awaited UPSC NDA 2021 Result at http://upsc.gov.in/. Hence, aspirants are highly recommended to tune here and get complete important updates related to NDA I Exam Merit list. 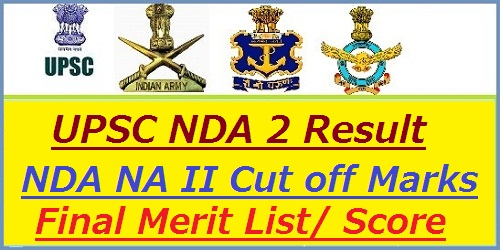 The UPSC has conducted National Defence Academy written examination on 5th Sep at various Pre-allotted examination centers. Various aspirants have appeared in the exam. Now they can check UPSC NDA 2 Result 2021 soon at its home page. The link to download UPSC NDA II Cut off Marks is given below. By entering Name, Roll Number and DOB, You can check NDA NA 2 Result.

Admission in National Defence Academy and National Academy will be on basis of written exam result followed by intelligence and personality test conduct by SSB. Certificates related to eligibility have to submitted after declaration of UPSC NDA 2 Result 2021.  The authority has released result in PDF format-

Union Public Service Commission (UPSC) shall prepare a list of candidates who get the minimum qualify marks in the written examination as fixed by the commission at their discretion. Such candidates shall appear before SSB for Intelligence and personality Test where candidates for the Army/ Navy wings of the NDA and 10+2 CADET Entry Scheme of Indian Naval Academy will be assessed on officers Potentiality and those for the Air force in computerized pilot selection System (CPSS) and pilot aptitude test and for officers Potentiality.

The Cut marks are the minimum qualify marks which aspirants will have to score to be selected as an NDA NA. When the NDA 2 Cut Off 2021 declared by UPSC,  We have upload here.

Minimum qualifying standard/ marks at the written stage and marks secured by the last candidate in the merit order at final stage of the examination.

UPSC will publish NDA Result of written exam and SSB as merit list. NDA I Score and cut off will be published separately. Aspirants can check these after the announcement of the final result. Follow steps given below to check UPSC NDA I Result 2021.

Contenders who have appear in the NDA I April Exam are willingly waiting for UPSC NDA 2 Result 2021 because the written result decide that candidate is qualified or not. UPSC NDA 2 Merit List 2021 announce along with the result. If any candidate have query or suggestion regarding than they comment us.