Latest Update 4th Aug:- The Staff Selection Commission has been declared SSC CHSL Tier-1 Result & Cut off Marks 2022. Aspirants can check it through below given links-

The Staff Selection Commission had conducted SSC +2 Exam from 24th May to 10th June 2022 through online at various exam centers. The department declared SSC CHSL Result 2022 (Tier-I). The department has been released CHSL Tier-I Result 2022 on official site. Various applicants appeared in CHSL Tier-I Exam and are waiting to check Result and cut off marks list post wise. We hereby inform candidates that their SSC CHSL Tier-I Result 2022 declare on official site of Staff Selection Commission i.e. ssc.nic.in. Aspirants has able to check their results by searching their roll number and name in PDF file. Candidates who cleared CHSL Tier I Examination would be called for Tier II examination which is scheduled soon. 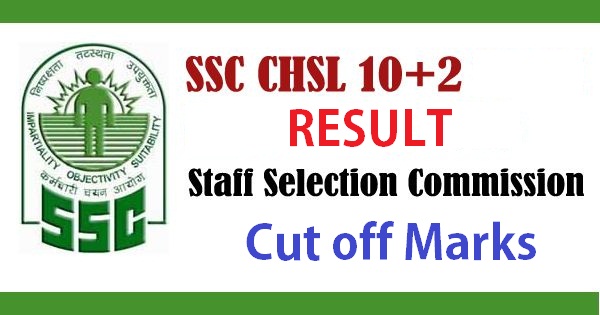 The Result of CHSL Tier I declared on 4th August. The result either in PDF format, or you can check by entering hall ticket info in desired fields. The SSC CHSL Result 2022 published region wise. The answer keys of CHSL exams also release. The negative mark for the wrong answers is 0.25. SSC 10+2 Result 2022 Region Wise will be declare in three stages, Tier -I, Tier -II and the final result.

Category-wise details of the candidates, who have provisionally qualified for appearing in Tier-II (Descriptive Paper) and the cut-offs for each category,are as under-

Candidates who have appeared in CHSL Tier-I are informed that results declare on 4th Aug. To check SSC 10+2 Results 2022, Aspirants have to visit official site of SSC. We have provided direct link to view the SSC CHSL Tier-I Result 2022. You have to search roll number and name in the PDF.

How to Check SSC CHSL Result

Candidates are curious to check SSC 10+2 Cut off Marks Because with this candidates can prepare for the next selection process and other related upcoming competitive exams. Applicants can easily calculated by taking look on previous year results and cut off marks. Candidates can take look at SSC CHSL Result 2022. If you have suggestion or query than comment us.